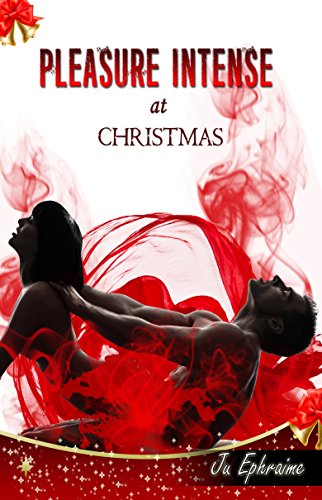 He wanted her from the first touch of her hand. He vowed then that he’d have her. Now, this Christmas, two years of planning will come to fruition and he’s anticipating taking her in every position possible, and there are many. They’ll have an entire day and night to try all sixty-four. The Kamasutra be damned!

She’s not in the market for a casual relationship it’s not her style, but that’s just the kind of relationship Pete Altman is into… love ‘em and leave ‘em. Morina Morgan is determined not to play his game, that is, until fate, in the form of a blizzard, stranded them together on Christmas Eve. Now all bets are off… Can she stick to her guns and resist the tempting gift he presents her with … HIMSELF? Or will she give in to what promises to be nothing but pleasure intense?

Biography
Ju Ephraime writes steamy high heat romances, packed with emotions and strong alpha characters and always a wonderful, happy ever after. She has won several awards for her writing, and had even seconded in Amazon Breakthrough Novel Contest, with her White Magic Woman. When not writing romance novels, Ju could be found writing children’s books, which includes her, Too-Clever series, a collection of ten children stories. Ju writes her children’s stories under, Dr. Julia E. Antoine. These days she stays busy helping in the community and donating her services to a not-for-profit organization, which she helped establish. Presently, she resides in CT where she has lived with her family for the past thirty years. She still misses her time on the sunny Caribbean islands, but takes pleasure in using them as backdrops to some of her stories.