In His Eyes by Peggy L Henderson 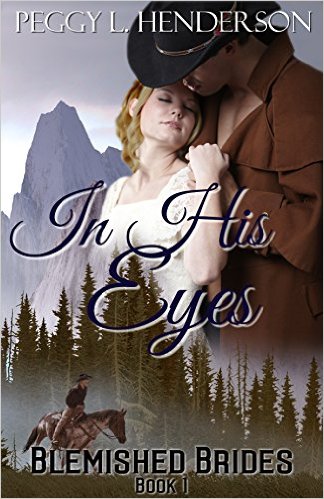 Carefree and strong-willed, Katherine Montgomery is the daughter of a successful Montana horse rancher. When a tragic accident claims her father’s life, Katherine is left to deal with an overbearing mother whose agenda does not include a young daughter. Fate deals her another devastating blow, leaving her to face an uncertain future far away from everything and everyone she’s loved.

Trace Hawley used to push the limits of the law, and no one was going to plan his future for him. The death of the man who always had his back leaves him to finally face responsibility. The promises he made a decade ago have shaped him into the man he is today, and will bring him face to face with the one girl from his past he always tried to avoid.

After a ten year absence, Katherine returns to the ranch she once loved to discover the shocking reason her mother summoned her home. Surprised to find Trace still at the ranch, her childhood infatuation grows into something far stronger as he challenges her to lead the life she once wanted, but seems to have forgotten. When Katherine is forced to make a choice between saving her father’s dreams or following her own, Trace might be the only one who holds the key to both.

***Content Warning: Considered by most readers a “sweet” read, this book does contains some mild language, mild violence, and adult situations including physical intimacy. Heat level 2-3 on a scale of 0-5. PG/PG13Amazon

The Unemployment Cookbook, Second Edition: Ideas for Feeding Families One Meal at a Time by Molly Jo Realy
Courting Cate by Leslie Gould