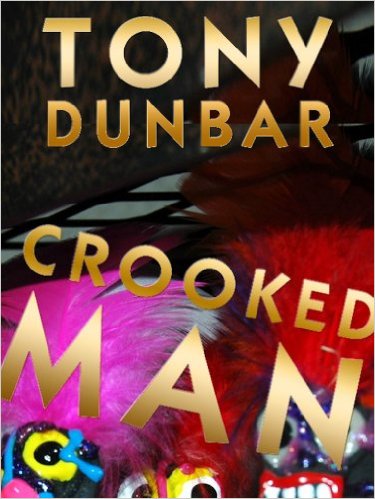 IF A GYM BAG OF CASH FELL INTO YOUR HANDS, WHAT WOULD YOU DO TO KEEP IT?
The FIRST offbeat mystery in the TUBBY DUBONNET series by Anthony- and Edgar-nominated author Tony Dunbar
A simple man with a refined palate, maverick New Orleans lawyer Tubby Dubonnet has a penchant for fishing, Old Fashioneds, off-track betting, and fighting evil while passing a good time.

His clients are all renegades from the asylum (aka Orleans Parish), including a transvestite entertainer, a buxom deadbeat blonde, a doctor who refers his own patients to a malpractice lawyer, and a Mardi Gras reveler who drives a float shaped like a giant crawfish pot. He also has his hands full with an ex-wife and three teenage daughters, who are experts in the art of wrapping Tubby around their little fingers. And somehow, between work and family, Tubby finds time to sample the highs and lows of idiosyncratic Crescent City cuisine, from trout meuniere amandine and French roast coffee with chicory to shrimp po-boys and homemade pecan pralines.

Tubby’s new client is Darryl Alvarez, the manager of a local nightclub who’s been caught unloading marijuana from a shrimp boat. At their first meeting, Darryl entrusts Tubby with an ordinary-looking blue gym bag. But after Darryl’s unfortunate demise, Tubby realizes he must tighten his grasp on the gym bag — and its million-dollar contents.

Tubby can’t just give up the cash. But if he gets caught, he’ll be in jail. And if the wrong people catch him, he’ll wish he was.

Excerpt:
The pain that said he was drinking too much started creeping up behind Tubby’s ears. Raisin Partlow, his drinking buddy, had given up trying to make conversation and was puffing on a cigarette in the exaggerated way that irregular smokers do. The dusty, barely lit tavern was thinning out, leaving just a few whiskered pool players chalking up a last game and a pair of busty girls sharing confidences with the even heftier dame behind the bar.

“Never screw a client and never lie to the judge,” Tubby said abruptly.

It took Raisin a second to break through to the surface.

“That’s all of the so-called legal ethics that make sense to me. The rest of it is just so many little rules you can twist around to suit whatever you want to do.”

“Well, you know, Tubby, I lied to a judge just last week.” Raisin expelled a wobbly smoke ring and smiled in satisfaction. “Old ‘Fuzzy’ Bear appointed me to represent the fool who shot a fourteen-year-old girl, after he raped her and her mother. He asks me, ‘Mr. Partlow, can you put aside your personal feelings and represent this man to the best of your goddamn abilities?’”

The bartender broke off her conversation to look in their direction. Tubby raised his fingers an inch off the scarred oak surface, so cool to the touch, and shook his head, no. The familiar pain of too much whiskey and too much Coca-Cola had already spread over to the top of his skull.

“What did you tell him?”

“I told him, ‘Yes, Your Honor. The man deserves his day in court.’ I should have told him, ‘Fuck no, Judge. I hate this guy. Take him away where I don’t have to look at him. I’ll be embarrassed to admit to my godchildren that I was even in the same room with the guy.’ But I knew that was the wrong answer to the question.”

“You should have told him the truth,” Tubby said.

“You should have said, ‘Heck no, Judge. But I’ll do a better job than anybody else you’re likely to get.”

Raisin shrugged and waved at the bartender. Tubby slid off his stool and grabbed the bar for support.