Back Story: A Reed Ferguson Mystery by Renee Paulish 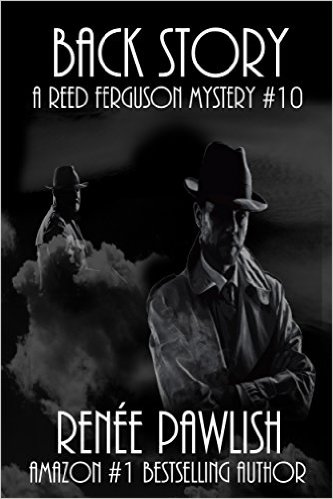 The past and the present collide with stunning results in the latest Reed Ferguson mystery.

Potential client Brad Webb asks Denver private investigator Reed Ferguson to look into the decades-old murder of Brad’s grandfather, Dewey Webb. Dewey was a Denver-based private detective who died mysteriously in 1955, and although Reed is intrigued, he doesn’t see much promise in solving the case. After all, the police didn’t find Dewey’s killer at the time, and seventy years have passed, leaving a cold trail. However, Reed accepts the case, and as he is drawn back into both the underworld and the elite society of 1950s Denver, he realizes that Dewey had discovered secrets that someone still wants to keep hidden today, even if it means resorting to murder. Can Reed piece together old and new clues to find the killer, or will the past come back to harm him?

Great for fans who love a fast-paced, humorous read, without a lot of swearing or sex.

5 star review:
Oh how I’ve missed the Sam Spade and Philip Marlowe characters that saw me with a flashlight in the dead of night flipping pages to see what happened next. Thank you Ms. Pawlish for bringing back to life this long-lost art of the detective battling against all odds and getting to the bottom of things.
Maureen with zencherry book reviews

Free: 30 Days by K Larson
The Unemployment Cookbook, Second Edition: Ideas for Feeding Families One Meal at a Time by Molly Jo Realy